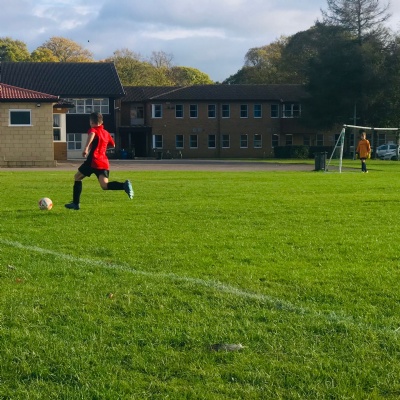 On Thursday 27th September Five Acres High School hosted Aylestone School in the Round 1 of the FA Cup.

Our Y8's played a very impressive game, winning 11-1.  It was 7-0 at half time!  The stand out player in this game was Caidan Jones with 7 goals.  We now go on to play either Sir William Romney's or Gloucester Academy in round 2.

Our Y7 team fought a very close 0-0 draw, even with extra time.  We were unlucky to not have scored as one goal was ruled off-side and we had two cleared off the line.  We went on to win 3-2 on penalties after entering sudden death!  Our goalkeeper Jayden Beeston was the hero of the shootout!  We go on to play Bredon Hill Academy in Worcester in the next round.