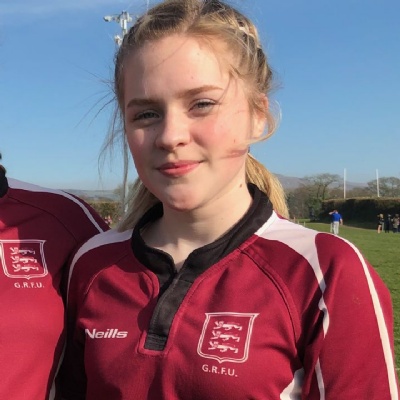 Fenn Wightman Smith has recently gained selection for the U18 Gloucester-Hartpury WRFC Centre of Excellence. The Centre of Excellence is the English RFU’s  programme for developing U18 players in to professional players and is part of the England international pathway. The CoE Programme focuses on individual player development, with an emphasis on strength conditioning, diet and skills coached by some of the countries best coaches and players.

Fenn who at just 15 and plays her rugby at Cinderford RFC at scrum half, she was selected to represent Gloucestershire at U15 level in only her second season of playing. As a result of this she was invited to an assessment day at Hartpury College in August which included a series of rugby skills carousels and assessment tasks after which she was selected for the programme.

We are really proud of Fenn and her accomplishments so far.